Spinning Around After Wednesday’s Debate

I took this photo and the ones below in the spin room after the CNN/YouTube debate last night and wrote this piece about journalists’ thoughts on debate coverage. It was fun dodging under armpits and peeking over shoulders to try to work my way into the action.

One man ended up falling over onto his back during the rush to interview Chuck Norris. It’s interesting that the reporters seemed to follow Norris more closely than they did the actual candidates. I’ll admit, though: I was just as excited to see Mr. Walker Texas Ranger himself, who was there hearting Huckabee. Romney, Giuliani and McCain didn’t make it into the spin room, so I got what photos I could.

I’m curious: What did you think of the debate? How well do you think journalists covered it? 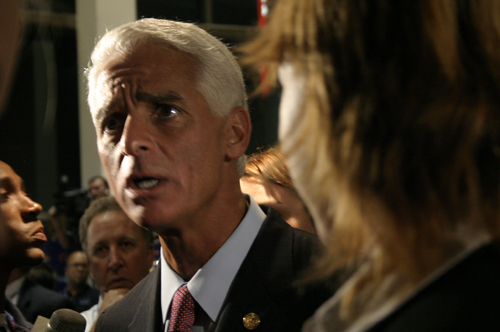 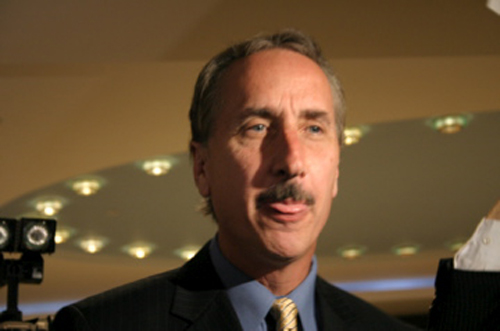 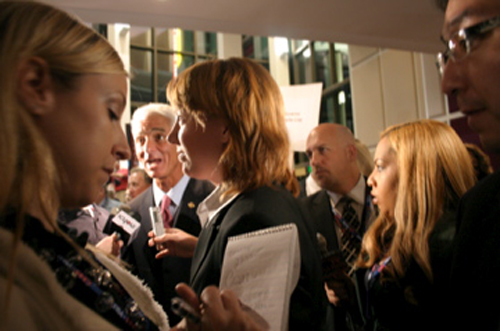 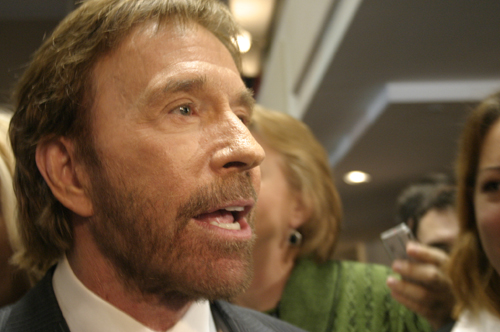 and here he is … CHUCK NORRIS, HUCKABEE SUPPORTER