In One Word: Finding a Focus for Stories 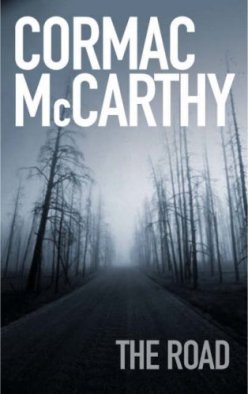 When I write a story, I try to sum it up in one word. It’s a strategy that helps me stay focused on what’s important. What is this story really about? I ask myself. After I pick a word, I write toward that word. When I wrote about adults playing kickball, for instance, I decided on the word “childhood” because the adults said they were playing “to be like kids again.” Last summer, I wrote about a 43-year-old gay man who has AIDS and joined the Sisters of Perpetual Indulgence to try to promote safe sex. This was a story about hope. A story I wrote about an 86-year-old dancer who dances with her 89-year-old husband to stay healthy was a story about survival.

If I had to pick a word for the book I’m reading now it, too, would be survival. From what I’ve gathered so far, “The Road” by Cormac McCarthy is about a father and son’s quest for survival in the wilderness. In reading about their travels, I’ve been struck by how nearly every sentence seems to be motivated by the word “survival.” There are no deviations. There are no chapter breaks. It’s as though you’re traveling with the main characters of the book, starving for food as you try to stave off death. It’s rare that I’m able to pick one word to describe a book.

I’ve circled some passages in the book that I think are especially well-written and that embody the idea of survival. Here’s one of them:

“They squatted in the road and ate cold rice and cold beans that they’d cooked years ago. Already beginning to ferment. No place to make a fire that would be seen. They slept huddled together in the rank quilts in the dark and the cold. He held the boy close to him. So thin. My heart, he said. My heart. But he knew that if he were a good father still it might well be as [his wife] had said. That the boy was all that stood between him and death.”

Much of the book is filled with passages like that. It’s one of those books where every word seems to matter and every passage seems to have a focus. Chip Scanlan of the Poynter Institute has written and taught at length about finding the heart of a story.

What’s your strategy for finding a focus for your stories?